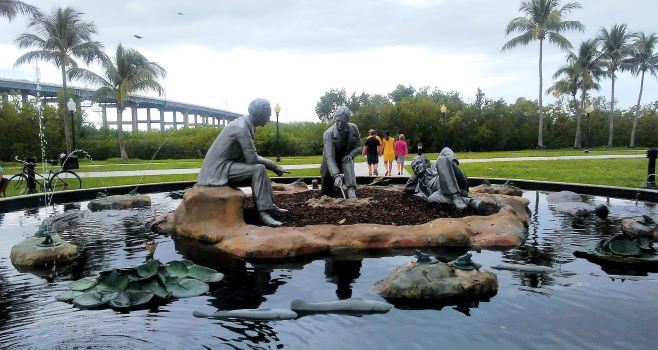 Uncommon Friends is a sculpture depicting a seated Henry Ford, kneeling Harvey Firestone and reclining Thomas Edison gathered around a campfire on a 20-foot island set in the center of a 40-foot diameter pool.  In the water around the island are life-size sculptures of a mother alligator and her five babies, a mother manatee and her calf, otters, 16 fish, four floating lily pad groups that are piped as fountain heads, and 12 frogs sitting on 6 small protrusions of land that similarly double as fountain heads.