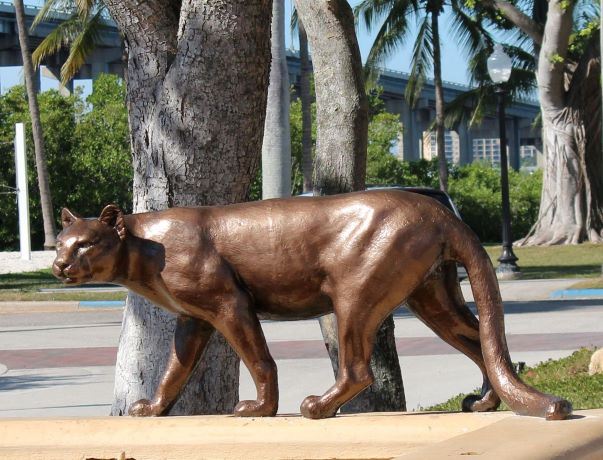 The Florida Panther is a 50-foot long installation that occupies the median on Monroe Street opposite the entrance to the Caloosa Sound Convention Center. It is framed by opposing 8-foot square basins that feature gurgling white-water bubblers which send gentle ripples cascading through narrow chutes into lower rectangular receiving pools. An adult male panther prowls atop the northernmost basin; a female reclines in the corner of the southern basin, where she lazily keeps a watchful eye on a cub sitting on the ledge across from her. A large bullfrog squats near the cub, ready to dive into the safety of the water should the cub move a muscle in its direction.

The panthers and the frog are made of cold cast bronze. The basins consist of poured concrete and cast stone. The fountains are fed by a pool pump hidden beneath a plaster rock screened from all but the most discriminating view by palms and shrubbery. The installation was dedicated October 22, 1988.

The panther is the Florida state animal. It was chosen for the honor in 1982 by a vote of students throughout the state. As the plaque mounted on the side of the northern tidal pool states, the Florida Panther is on a “countdown to extinction.” The Florida Panther has been on the federal endangered species list since 1967 and on the state’s endangered list since 1973. But it has actually been illegal to hunt the big cats (which also go by the names of “catamounts” and “painters”) in Florida since 1958.

At one time, these elusive large cats ranged as far west as Texas and Arkansas and as far north as Tennessee and South Carolina. Today, the panthers have lost roughly 95% of their historic habitat, and their current range is squeezed into a handful of protected areas in Southwest Florida such as Big Cypress National Preserve, the Florida Panther National Wildlife Refuge, and some private lands. The Florida Fish and Wildlife Conservation Commission told Florida Weekly in January of 2017 that based on radio collars, hired trackers and other information, there remain as few as 100 and no more than 180 Florida Panthers in the wild. 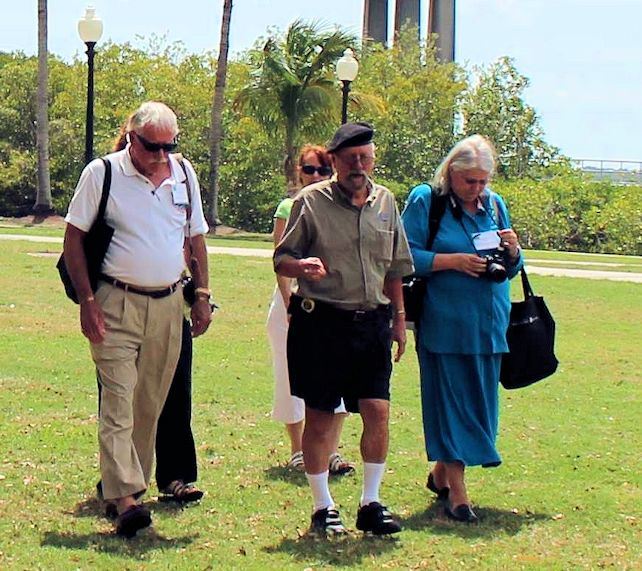